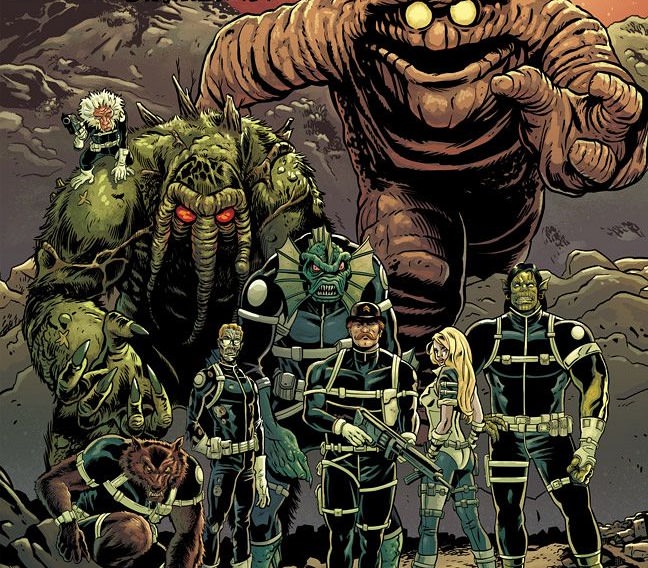 The Howling Commandos are a black ops, supernatural strike force, secretly financed and supported by S.H.I.E.L.D., as a first line of defence against occult incursions worldwide. The reason for the unit's secrecy and deniability is simple: they are monsters. Organised by agent Derek Khanata, they are a handpicked assembly of demons, devils, ghouls, ghosts, and chainsaw-wielding maniacs dedicated to the destruction of threats beyond the ken of mortal man. "WA-HOOOOO!"