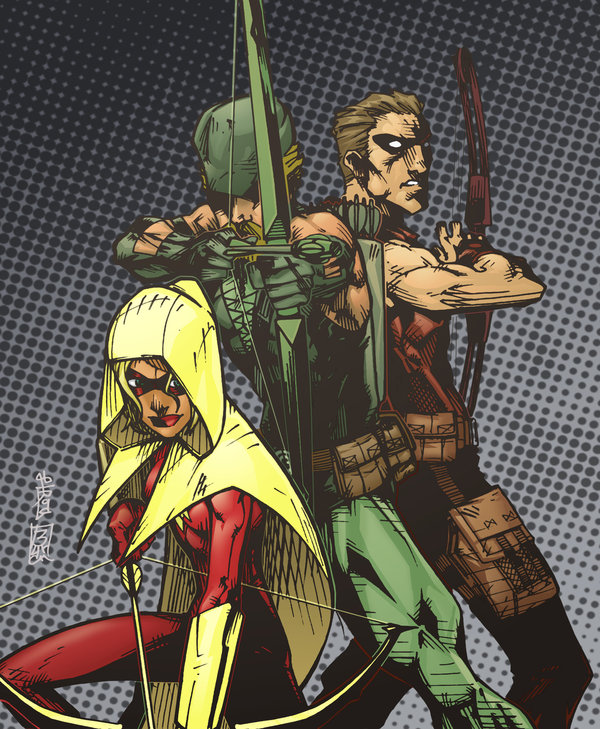 The Arrow Family, or "Team Arrow" as they like to be called, are a group of extraordinary individuals that the Green Arrow has intentionally (and many cases unintentionally) brought together over the course his career as a vigilante. They are privately (and very much secretly) funded by Oliver Queen's personal fortune. Although most if not all of its members serve double duty with Alpha Flight, Team Arrow are predominantly focused on protecting the streets of Starling, most notably in the eastern Glades.

A
B
F
G
Retrieved from "http://www.unitedheroesmush.com/index.php?title=Team_Arrow&oldid=24834"
Categories: