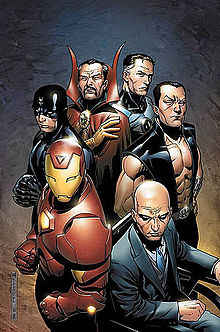 What would eventually become known as the Illuminati was founded roughly a century after the "death" of King Arthur, with the intention of "making things right." It is a secret society that shares information and strategy in order to manipulate the world behind the scenes. And for the most part, they are successful. There are thirty-six ranks in the society, each rank containing the same number of members as the level of that rank. Interestingly, this means there are constantly 666 members in the society.

Base of Operations: Various
Founded: 5 August 642

B
D
I
M
S
Retrieved from "http://www.unitedheroesmush.com/index.php?title=Illuminati&oldid=24070"
Categories: