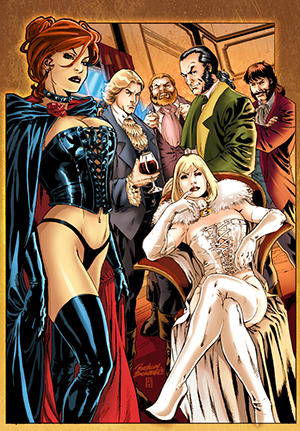 The Hellfire Club began in England as a social club for the social elite and wealthy. It provides its members with pleasures that often defy the moral standards of the time. At some point, a handful of the members emigrated to the American colonies to open a branch in New York. Since then, it has expanded to Buenos Aires, Coast City, Hong Kong, Metropolis, Paris, and Starling. Branches are largely free to consolidate their influence over local economic and political matters, but they are overseen by the Lord or Lady Imperial.