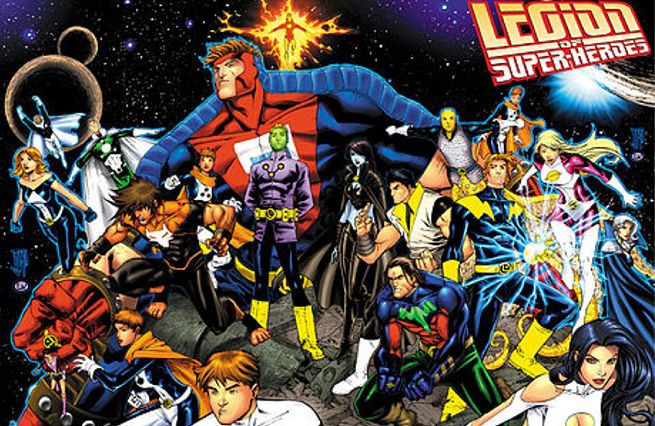 Originating in the 31st Century, the Legion of Super-Heroes were founded to uphold the legacy of the heroes of the past and to ignite a new age of heroes in a tempestuous intergalactic era. Now, they find themselves adrift in the past due to a terrible Crisis and the machinations of wicked and powerful enemies. Forced to plan for the reality that they may never go home, the Legion gathers its forces, seeks out new allies, and rededicates itself to its ideals of freedom, friendship, and a brighter tomorrow!